In this intreview with Pete Swabey of Tech Monitor, I discusse intelligent automation in financial services, and some of its benefits and governance: https://bit.ly/3L8GSe0 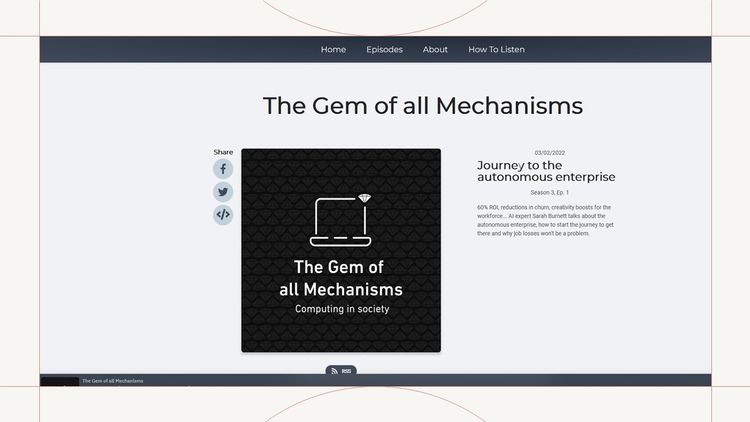 Journey to the Autonomous Enterprise - The Gem of all Mechanisms Podcast

60% ROI, reductions in churn, creativity boosts for the workforce... Sarah Burnett talks about the autonomous enterprise, how to start the journey to get there and why job losses won't be a problem.
Feb 4, 2022
Feb
03

Sarah Burnett FBCS shares her industry knowledge and insight in a new book entitled The Autonomous Enterprise - Powered by AI. She talks to Johanna Hamilton AMBCS about innovation, automation and how to normalise AI for the next generation.
Feb 3, 2022
Jul
23

Most Influential Women in UK Tech 2021: Entrants to the Hall of Fame

Having been listed as one of top 20 most influential women in the UK tech sector by Computer Weekly for
Jul 23, 2021
Jun
29 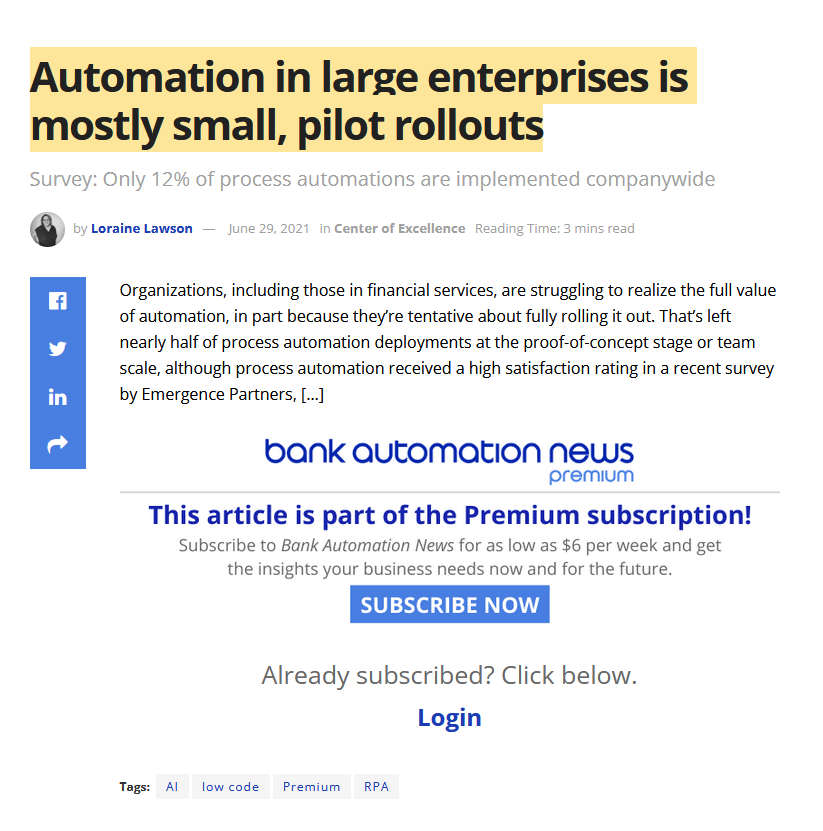 In this interview with Bank Automation News, Sarah talks about the scale of adoption of automation in large enterprises that
Jun 29, 2021
1 min read
Sep
03 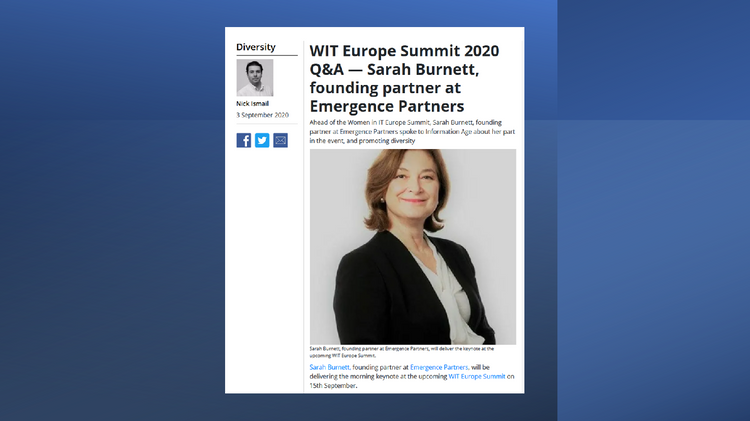 In this post Sarah discusses the topic of women in technology with Nick Ismail, the editor of Information Age, ahead
Sep 3, 2020
1 min read